Optical collimators also called non-imaging concentrators are optical components that can collect and project light from a source. Common examples include solar collectors that concentrate the sun’s light and project it to heat a surface or direct it to solar panels. Another application is to control the hemispheric radiation of an LED. Non-imaging concentrators can reflect all incident radiation, to the receiver over a wide range of incidence angles.

Optical concentrators/collimators can be manufactured using reflective surfaces, but each reflection reduces the captured optical power. They can be made with microlenses, fresnel lenses, with parabolic configurations, and many other possibilities.

Figure 1. Example of optical concentrators based on microlenses, and parabolic configurations.  Images from: A.B. Hasan et al. and sky-light.org 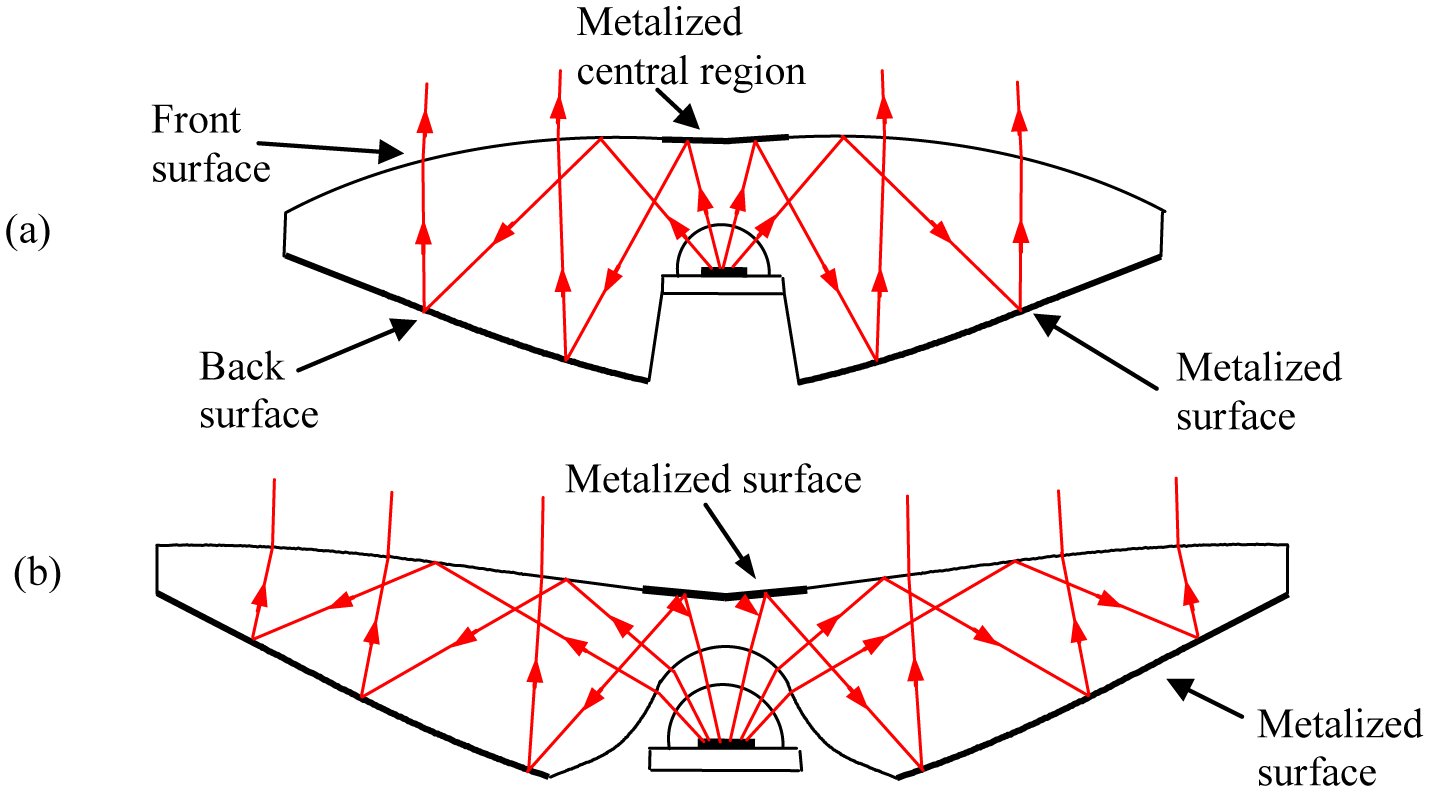 It is possible, however, to design an RXI collimator without the need of metalized surfaces (Figure 3), which reduces the manufacturing costs.  This mirrorless RXI design replaces the lateral metalized surfaces with a grooved surface, where the angle of the grooves is carefully calculated.  In this design, a ray coming from a light source refracts first on the entrance surface, then reflects by  TIR at the top surfaces, and reaches the back surface. On the back surface the ray is reflected twice by TIR at each groove side and redirected toward the front surface.  The central metalized surface can be replaced by a lens.

There are different ways to create optical collimators/concentrators. Here are just a few of them. If you are in need of a specific design for your application let us know. We will be happy to talk to you about your needs.