When thinking of a ‘lens’, most people have the image of a spherical lens in their mind, but there are different geometries for lenses, and one of the most common is the cylindrical lens.  What’s the difference between spherical and geometrical lenses? And what applications require cylindrical lenses?  In this article we will discuss these questions.

Imagine a sphere made out of glass and let’s say we cut at any plane completely across the sphere.  Our end piece will be a spherical lens, with a flat surface and a curved surface.  If we were to illuminate the flat side with a light source, we will see that all of the light is focused to a single point some distance in front of the lens.  If we rotate a spherical lens, the position and shape of the focused light wouldn’t change

Now imagine that, instead of cutting a glass sphere, we cut a glass cylinder.  We need to cut the cylinder with a plane parallel to its axis of rotation (that would be the longest axis).  We end with a lens that is flat on one side and curved on the other.  However, the curve of a cylindrical lens only goes in one direction.  Why is that important? Well, because when we illuminate a cylindrical lens, instead of the light focusing into a point it will focus into a line.  Not only that, if we rotate the cylindrical lens along the optical axis, the focused line will change its orientation. 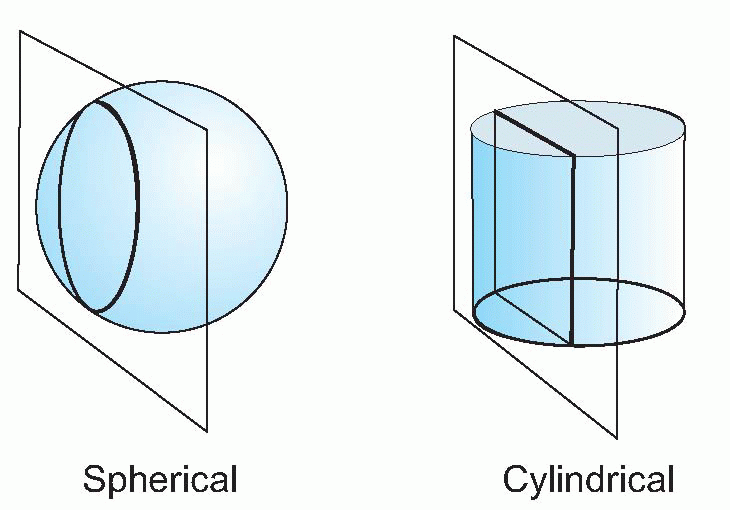 Figure 1. We obtain a cylindrical lens by cutting a cylinder along its principal axis

Now, we might ask ourselves why do we ever want to use a lens that is clearly distorting the shape of our light source to a single line. Cylindrical lenses actually have several applications that make them very useful, and sometimes necessary, in optical systems

Ideally, light emitting from a laser should be a perfect circle; however, semiconductor laser present an elliptic beam profile.  So it is necessary to correct the beam profile so we can collimate the beam and couple it to an optical fiber.  We can correct such profile by placing a cylindrical lens with its main axis perpendicular to the fast axis of the laser beam.

Figure 2. Light emitted by a laser diode has usually an elliptical profile that needs to be corrected

Optical spectrometers usually use a cylindrical lens in their design.  It is usually placed after a diffractive grating element to focus light into a single line that is incident to a linear photodetector.

This is a technique that is used to capture the  shape of a 3D object into a digital copy.  It is particularly useful in manufacturing, prototyping, landscaping, and architecture.  This scanning technique measures the deformation of a straight line created by a cylindrical lens when it is incident into a non-flat surface.  By using cameras and triangulation, it is possible to measure the changes in the shape of our laser line and therefore estimate the shape of the object that we are measuring.  If you would like to learn more about Laser Line Scanning please leave a comment.

They are usually used in combination with acousto-optic deflectors, where the focal point of a variable lens (the acousto-optical elements) can change its position laterally without the use of movable parts.  The cylindrical lens corrects the image and helps focus the light spot onto the correct plane for laser scanning microscopy.