All roadway lamps must be designed according to specific standards. The most popular ones are a US standard called “IESNA RP 8-00 Roadway lightning” and a European one called “CIE 140-2000 Road lighting calculations”.

In the case of CIE 140-2000, the standard only specifies parameter definitions, calculations, and measuring technique, while the actual parameter values are nationally regulated. Some countries like Russia or Brazil use their own standards which do not refer to CIE 140-2000; they however use definitions that are the same as CIE 140-2000.

RP 8-00 defines 5 types of streetlight patterns, each with three variations- short, medium, or long. The general definition of each pattern is shown below. 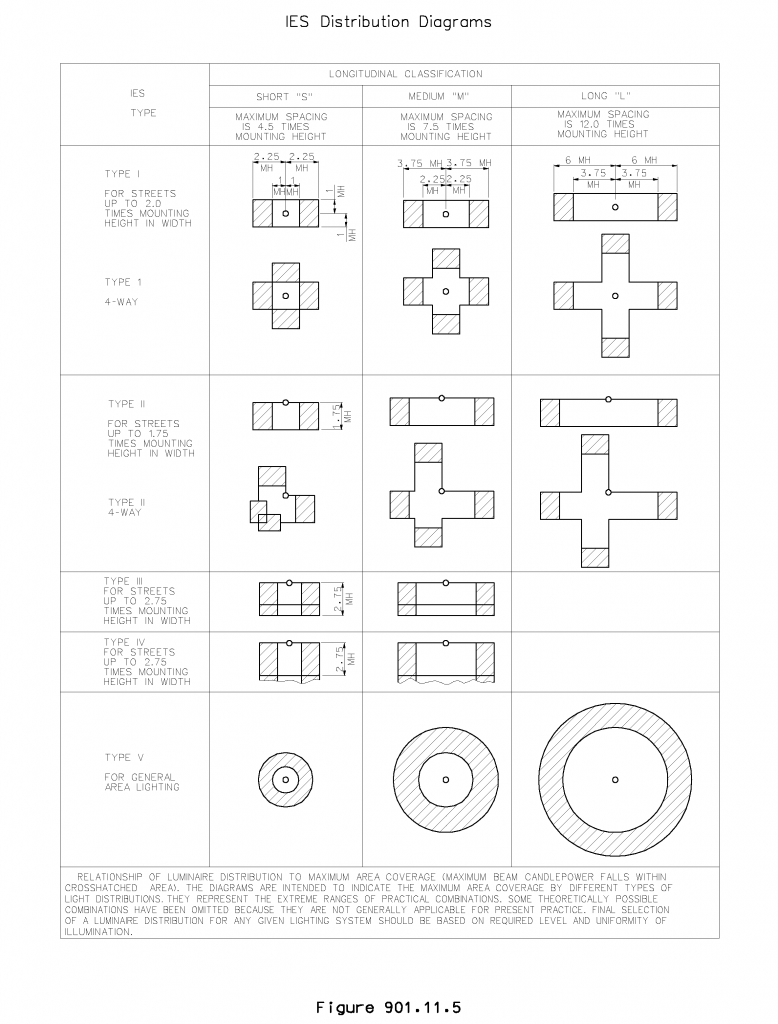 From an optical engineer’s perspective, the easiest pattern is Type V owing its symmetrical intensity distribution. Round bulb lenses are usually used with that pattern and require a simple design. Type V however is not a common pattern for roadways. It is best used for parking areas and walkway intersections. Type VS is similar to Type V but is more square and requires a bulb lens with a more complex shape.

The most popular streetlight pattern is Type III Medium. It is used for general roads, wide ones, and city streets. It is asymmetrical because the lamp is placed at the road side or near it: the designer needs to redirect light away from the sidewalk or the roadside onto the roadway without losses. This asymmetry complicates the optical design. Furthermore, the pattern size is narrower across the road than along it. The lens design for Type III is often time consuming. The lens is bulb type with an unusual shape. The lens shape is unique for the selected LED: when a lighting company switches from a CREE to a Nichia or a Lumileds to an Osram chip, they need to design new optics.

Type II is the same complexity as Type III but is usually used for small roads and walkways. One special consideration is that a long pattern, for Type II (and Type III) increases glare and makes it very difficult to design a proper lamp.

Type I pattern is easier than Type II or III because the lamp is placed at the road center. This negates the need for backlight removal. Such lamps require however a very long pole overhang and do not work well with wide roads and wide city streets. Type I streetlight pattern is best suited for lighting walkways, paths, and sidewalks.

Type IV pattern is a little bit more complex than Type II or III: it requires an asymmetrical pattern and is wider across the street. It can be used for wide roads or to illuminate parking areas near building walls.

In Europe, the main parameters of roadway lighting and streetlights are as follows: longitudinal luminance uniformity Ul, overall luminance uniformity Uo, glare index called threshold increment Ti, average luminance Lavg., and placement of lamp and poles relative to the road. The parameter definitions are described in CIE 140 2000. A very important parameter is Ti defined as “the measure of disability glare expressed as the percentage increase in contrast required between an object and its background for it to be equally well seen in the presence of glare”. Note: Higher Ti values correspond to greater disability glare. Smaller Ti value are better while a higher Uo, Ul-Lavg value is better.  The long distances between poles makes the pattern and lens too complex if not impossible because of the increased Ti. Increasing Uo and Ul can increase Ti. Best Ti value is below 10%; for most complex patterns, it can be increased to 15%.

A Zemax ray tracing design of a streetlight LED optics requires a set of steps and manual control of pattern and lens mechanical properties. For detailed analysis of efficiency, light losses and uniformity, many rays need to be traced from an LED model. The best method is to use Radiant Imaging LED models which contain measured data. All the above allow simulation results very close to the real lens performance while minimizing prototyping and manufacturing costs. 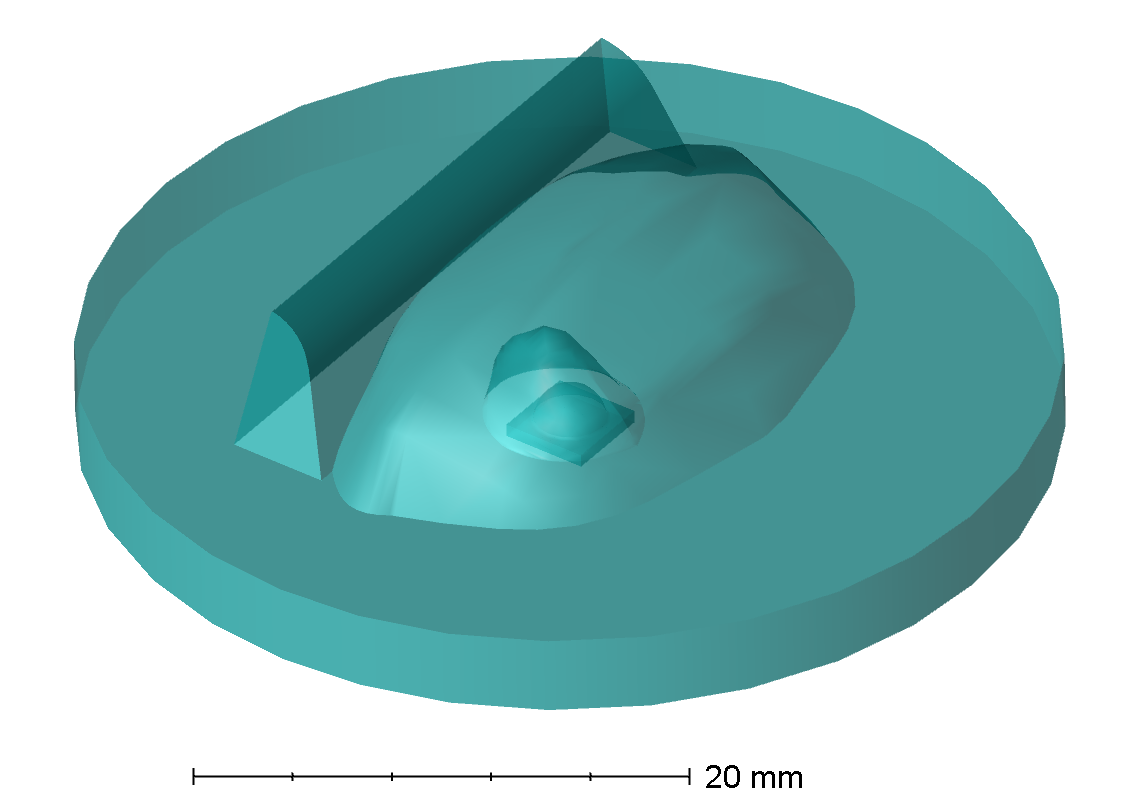 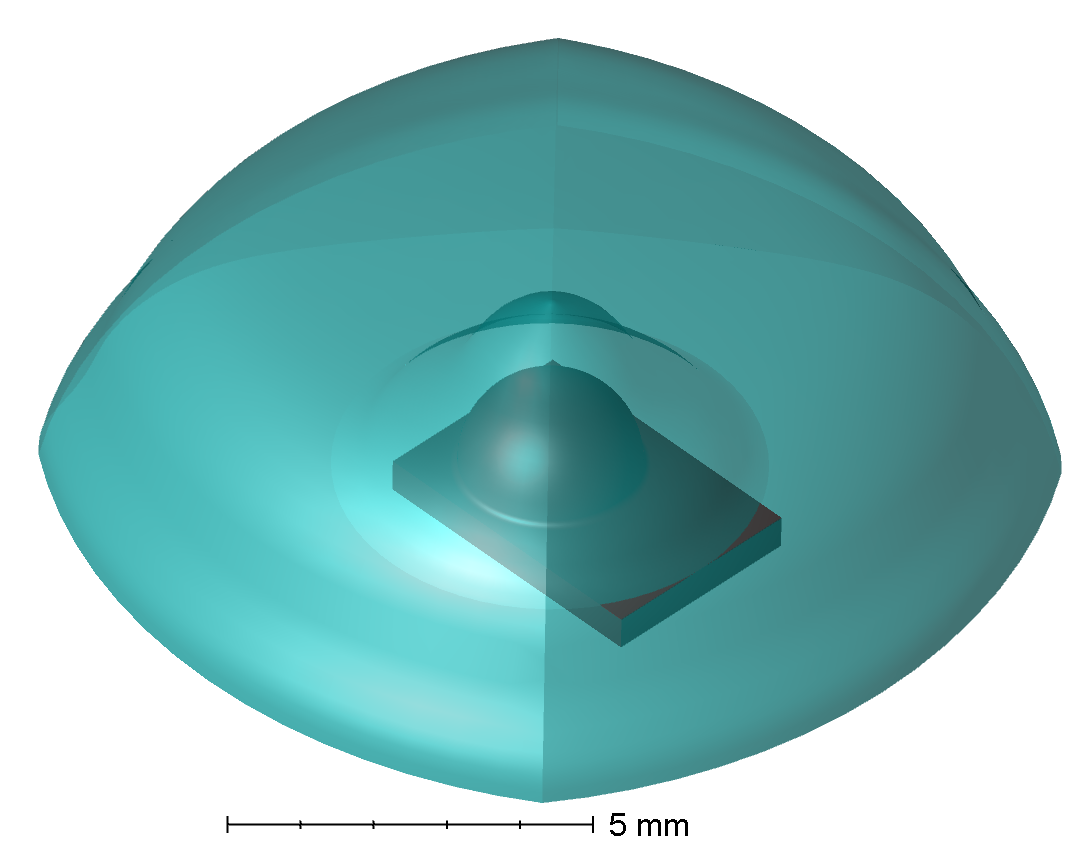